Nigerians are reacting to the Twitter thread shared by the Nigeria Police Force in which they called out the Nigerian Army over the recent killing of three police officers by Army officers in Taraba state.

The police in the thread, described the Nigerian Army’s claim that the police officers killed in Taraba state were mistaken for Kidnappers, as disrespectful and unpatriotic. Using the hashtag #provideanswersNigerianarmy, the Police threw some questions at the Nigerian Army. 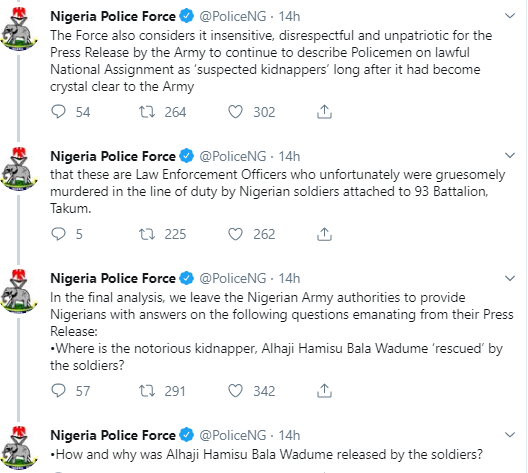 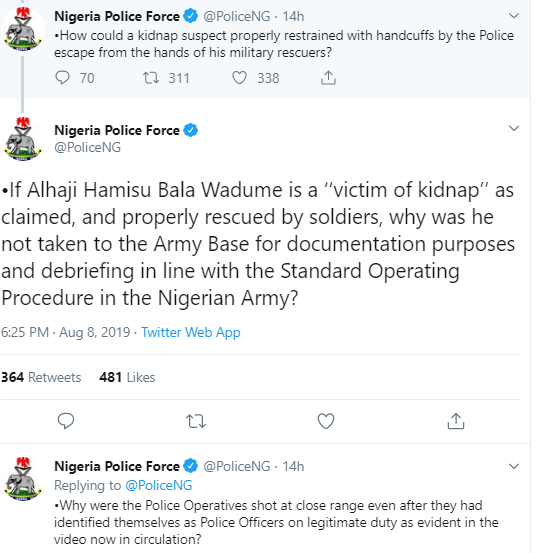 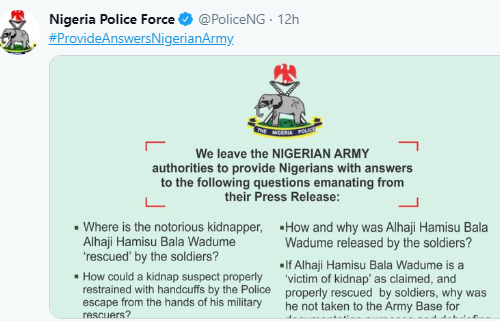 See reactions from Nigerians below

Coronavirus: Buhari will address the nation when the time is right – Lai Mohammed

police presents no evidence, a year after arresting 57 men for homosexuality in Lagos

Bigbuzzpana is the premier publication and cultural base for hip-hop/R&B music, fashion and entertainment news.
© 2019 ThePlayPause. All rights reserved
Social Media Auto Publish Powered By : XYZScripts.com
%d bloggers like this: